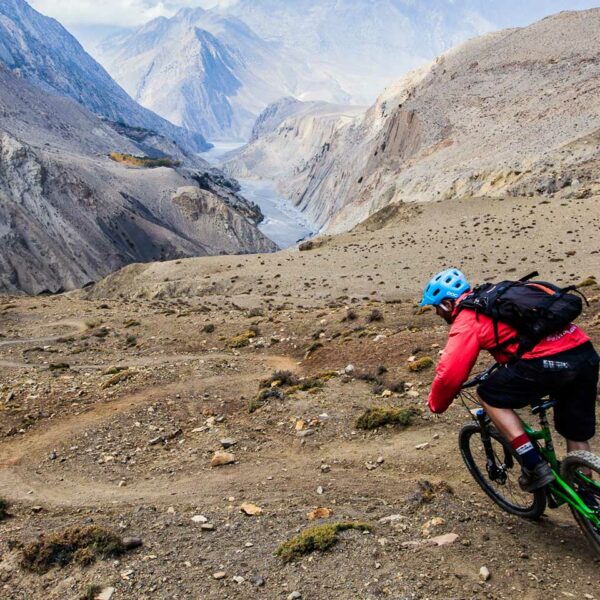 Mustang Enduro MTB
Back to products
Next product 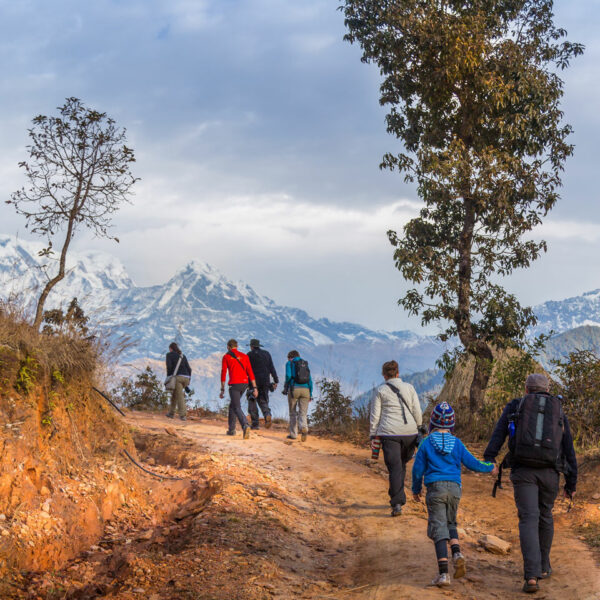 Essence of the Kathmandu Valley

This tour is designed for those who have limited time but appreciate a quality experience. The Kathmandu Valley is home to 7 UNESCO World Heritage Sites and while your time may be limited, we will ensure that you experience the best of the Kathmandu Valley - the heritage, the sights, the sounds and, of course, the incredible mountain views!

collapse all
expand all

We will welcome you at the international airport and guide you through the initial culture shock of Kathmandu’s narrow, winding streets to get you settled into your hotel.

In the afternoon (depending on your arrival time) we can take you on a bazaar walk exploring the secret alleys and courtyards of old Patan that most visitors don’t get to experience. (Note: this is a walking tour). Your knowledgeable local guide will take you through the ancient courtyards where Newar artisans live, where we will learn about about the design and unique culture of this ancient city and gain rare insights into the lives of artisans and their craft. We will meet and learn about the highly skilled metalwork artisans who make the stunning brass statues we see on display, as well as learning about the ancient skill of thangka painting by meeting the artists themselves. We will gain appreciation of the work and significance of skills such as woodcarving and stonecarving to the heritage and daily life of this fascinating city as well as the design and planning of the city structure and how this is inseparable from the daily life and truly unique culture of the Newar people. 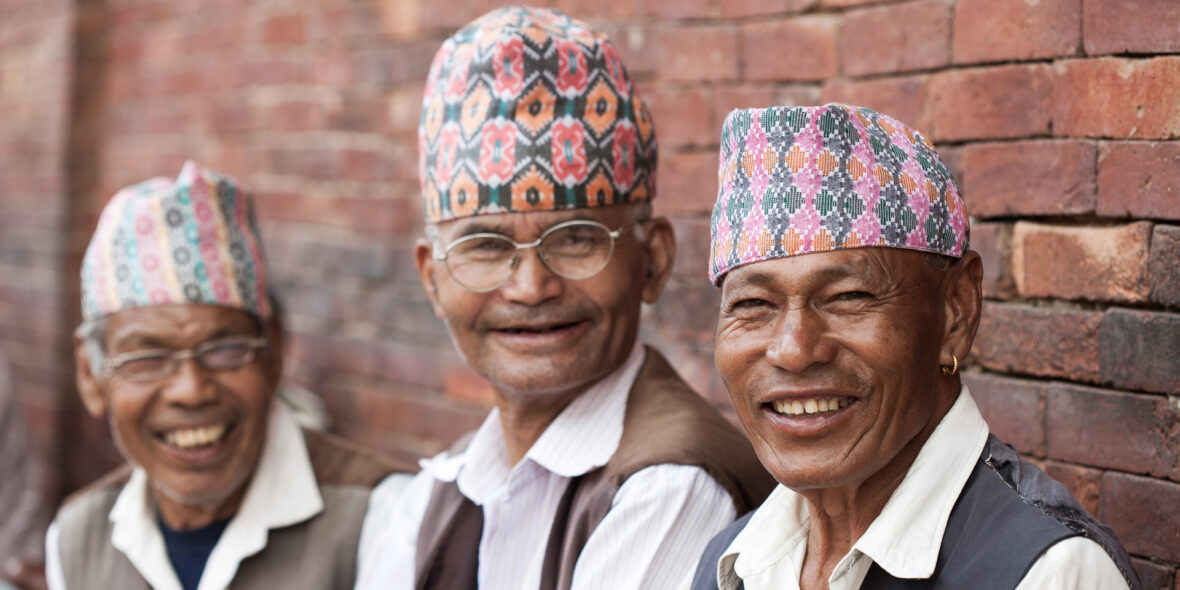 After breakfast, today, get set for an unforgettable day being chauffeured to the must-see sites of the Kathmandu Valley.

First, we make our way to the Swoyambhunath Temple. Also known as the Monkey Temple for the many resident monkeys that scamper around the myriad of small shrines and temples, this ancient Buddhist Stupa is perched on a hilltop overlooking the valley and is sacred to both Hindus and Buddhists.

From here we drive through Kathmandu and across it to the Boudhanath Stupa, 8 km east of Kathmandu City, is one of the biggest in the world. It stands with four pairs of eyes in the four cardinal directions keeping watch for righteous behaviour and human prosperity. This Buddhist Stupa was built by King Man Deva on the advice of the Goddess Mani Jogini. Boudanath is part of the shared history of Nepal and Tibet, with Tibet having held ruling privileges over the site until the last century. It is built on an octagonal base inset with prayer wheels and the stupa is ringed by houses of Lamas or Buddhist priests, monasteries and shops.

Your last exploration takes you to Pashupatinath temple, one of the holiest temples in the Hindu religion. It is dedicated to Lord Shiva, one of the three main gods in Hinduism, as his birthplace. Situated on the banks of the sacred Bagmati River, Pashupatinath is the main cremation site for Hindus in the Kathmandu Valley, with cremation ghats lining the Bagmati River below the temple. It is such an important pilgrimage site that any Hindu should visit it once in their life and there is a constant stream of sadhus coming and going from Nepal and India.

From here you continue on to Lakuri Bhanjyang a beautiful spot overlooking the entire Kathmandu valley. Here we will stay at The Terraces a modern resort where we can enjoy being back close to Kathmandu. 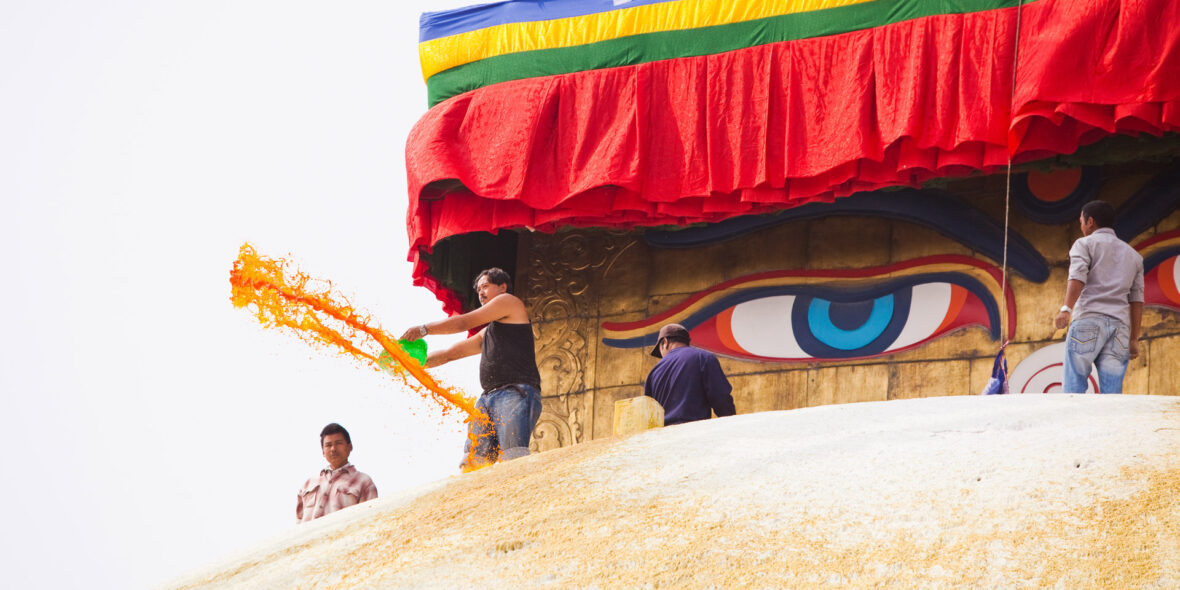 This morning after breakfast your guide will meet you and we will walk along the ridge towards Bhaktapur. This is a great way to get a feel for the Kathmandu valley rim, the lungs of Kathmandu. Up hear in the forest above the city it is a completely different world than down in the chaos of the city. At Ranikot still high above the valley floor we will meet our car and drive 10 min down to Bhaktapur, one of the three ancient cities within the Kathmandu Valley. It is also known as Bhadgaun, meaning the city of devotees and is the home of true medieval art and architecture in the Valley. Lying 14 km east of Kathmandu city, Bhaktapur was founded in the 9th century and is shaped like a conch shell. Not only because of its famous carved peacock windows but also due to its museum, Bhaktapur is the centre of traditional Nepalese wood carving. Compared to other royal cities in Patan and Kathmandu, Bhaktapur is the most original and is without a doubt the most historically authentic as it is literally a living museum where farmers dry their harvest, potters turn their wheel and people go about live as they have done for so long. We will have lunch here overlooking a classic ancient town square and then continue our exploring.

Note: For those who like mountain biking, it is an option to mountain biking along the valley rim and ends up in Bhaktapur instead of the walk. Talk to us if you would like to plan this option instead of walking. 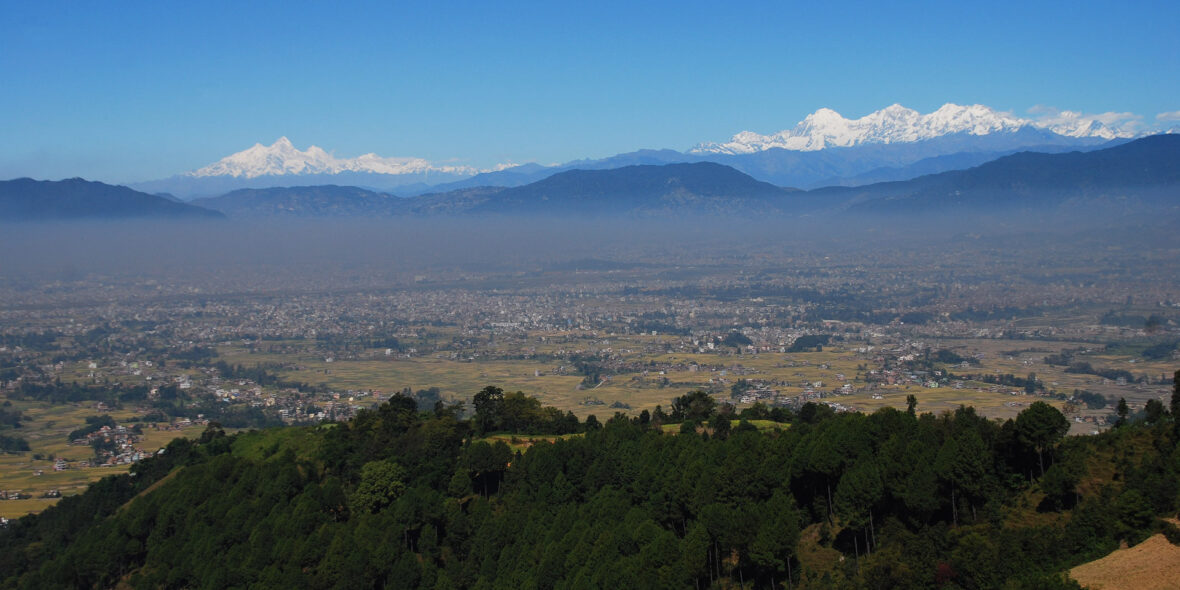 Day 04: Morning in Bhaktapur and then Depart

Enjoy your last moments in Bhaktapur with breakfast in a café, a city stroll, and/or souvenir shopping. A representative will meet you at your hotel and drive you to the airport for your return flight home. It’s good to be at the airport at least 2 hours prior to departure.

From Bhaktapur, the drive back to Kathmandu is approximately half an hour. 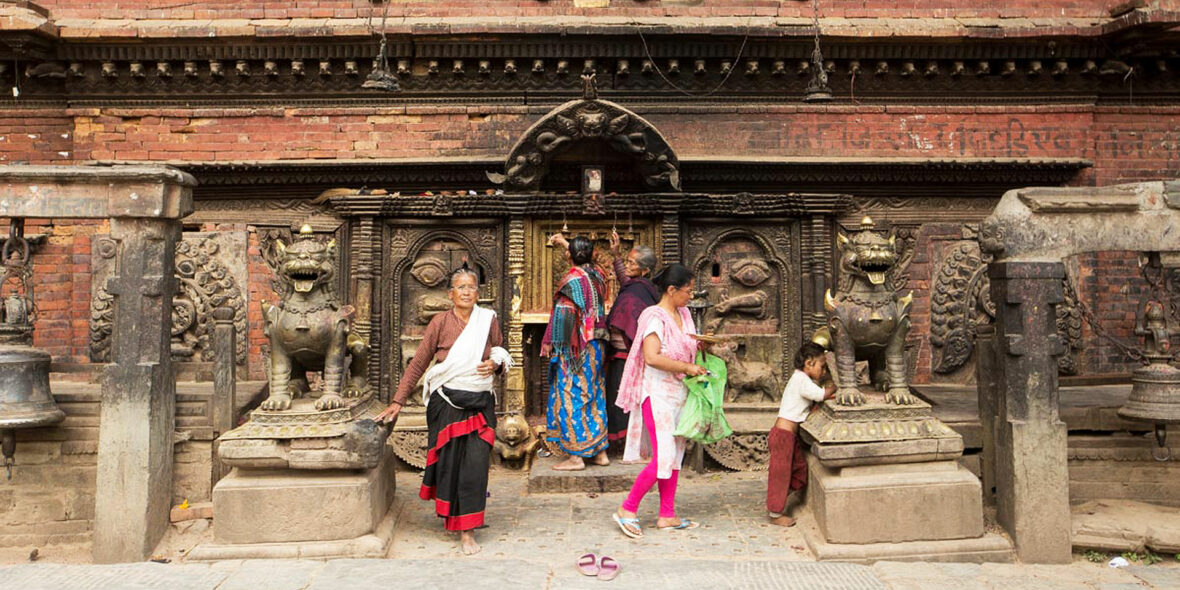 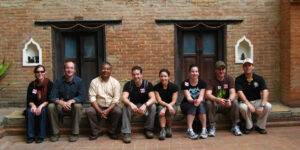 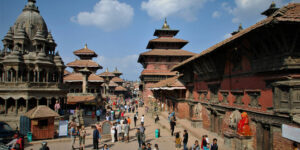 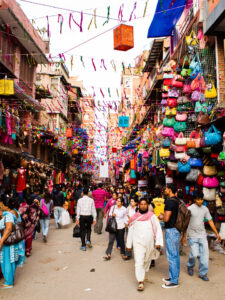 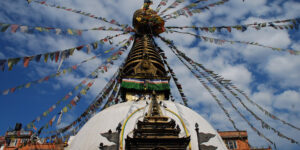 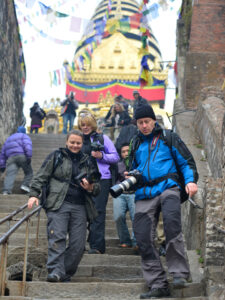 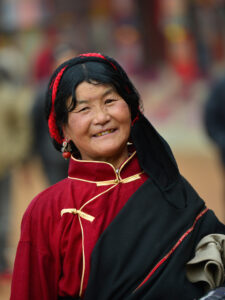 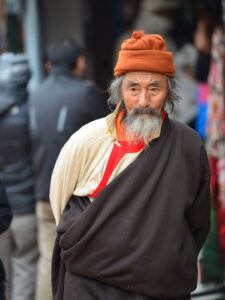 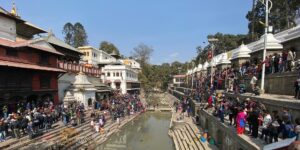 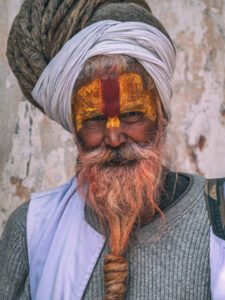 Not Included In Price

Adventure travel: Every effort will be made to keep to the above itinerary, but as this is Adventure Travel in the mountains, we cannot guarantee it. Weather conditions, road conditions, vehicle breakdowns and the health of fellow travelers can all contribute to changes. We will try to ensure that the trip runs according to plan, but an easy- going nature will be an asset! 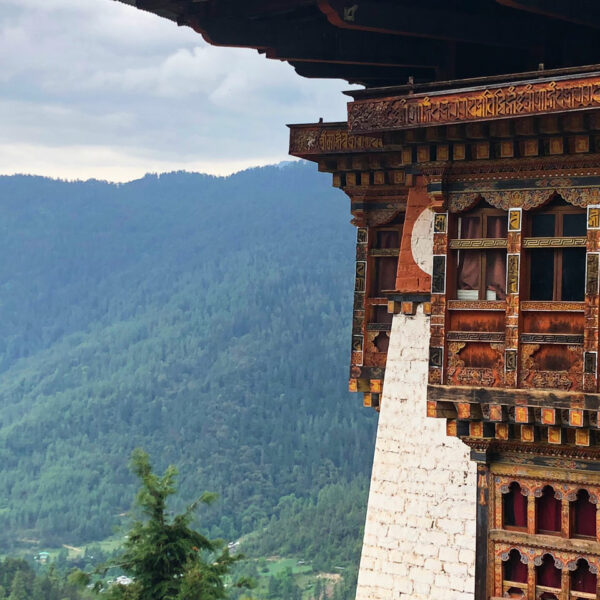 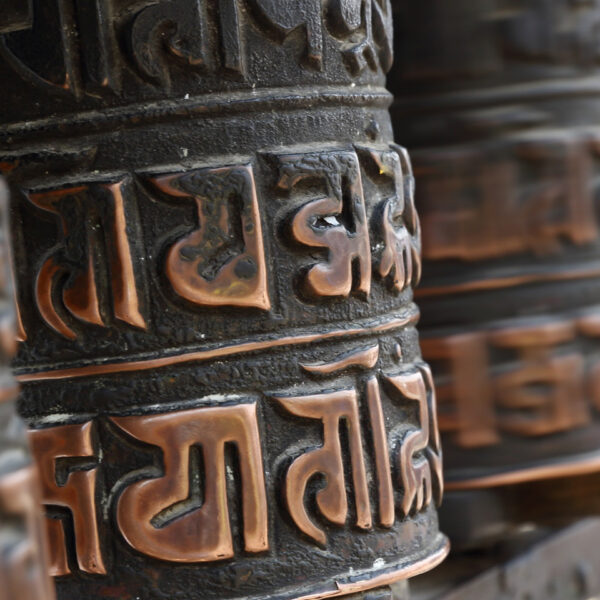 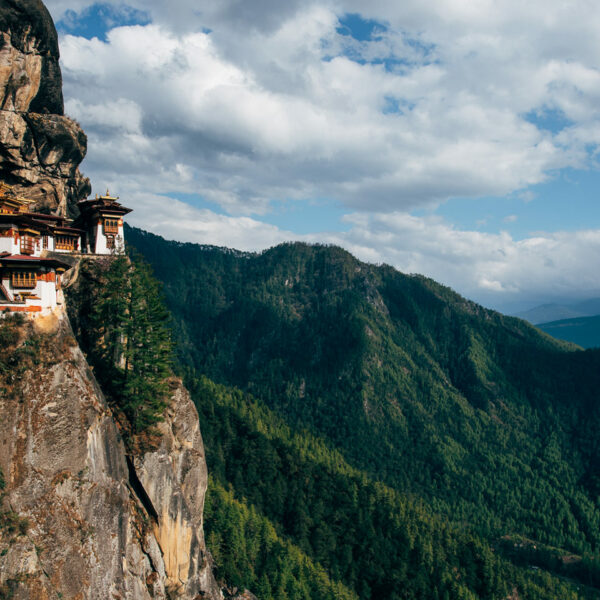 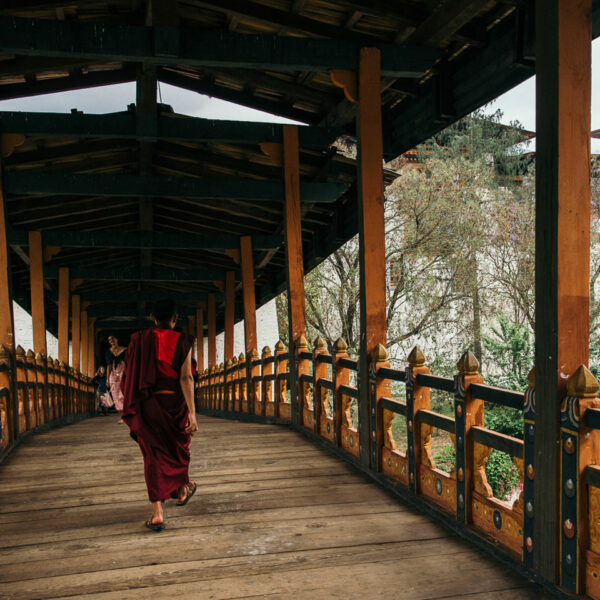 starting from US$ 999
Quick view
Add to wishlist
Close

Highly recommended! Hiked to BC, followed by an epic 3-High-Passes trek. This was the third time I travelled with the Himalayan Trails team. Mads, the backoffice team, guides (Tendu) and porters always go above and beyond to make this it memorable experience! This time - despite adverse weather conditions - (we've lost 4 days at the beginning of the trip) they somehow managed to get us to the end without missing out on anything. I will be back, for sure!

We travelled on an itinerary organised by Mads, Raj and Co in Nov/Dec 19. Our brief was a short trek and lots of culture. And culture we got! Our pickup was from Chitwan , and stayed a night in Bandipur. This was our introduction to the wonderful "hobbit houses" of Nepal, with its amazing woodwork. Then to a trek spread over 4 days , walking village to village, enjoying the terrace of a thousand of agriculture and the hospitality of locals. Then Lumbini, visiting Buddha's birthplace, Bandia to see hippos and tiger, and then to the personalised tour of the world heritage sites of the Kathmandu valley.
Every facet of the trip worked seamlessly, with drivers always ready, the guides expert, and the sites amazing. The standard of accommodation was always comfortable. In Kathmandu, the fabulous Hotel Manuslu, and a jazz club located around the corner. The hot shower at Sikles village, and the bottle of Gurka, after a 1600m ascent, was so welcome.
I recommend these guys to all.
And we are going back, ready for a trek through the flowering rhododendron forests and into the alpine areas

From the outset Himalayan Trails were nothing but efficient helping us to plan exactly what we wanted from our trip. Amanda was quick to respond to any queries and provided lots of additional useful information to ensure we were well prepared in advance. The accommodation we had was full of character and in traditional Nepali style rather than anonymous chain hotels, every pick up or meeting happened on time, Amanda even managed to find us last minute accommodation when one of our guest houses had overbooked. Our trekking guide, Mindu, kept us safe, fed and watered and motivated when we needed it - his cheerful singing and whistling along with his infectious laugh kept us entertained for 4 days on the Muldai Trek. Our city guide, Subash, was always on hand to answer our endless questions and was great company painting pictures of the sights we visited with lots of stories. He soon joined in our teasing and banter (and gave as good as he got!). We had a fabulous trip but it was the people we met who made it so special.I struggled to say goodbye to both our guides but know we have made some new friends for life. We have fallen in love with Nepal and will definitely be back and will not hesitate to use Himalayan Trails again. Thank you everyone - you did an amazing job!

Looking for something you don’t see yet? Get a trip that‘s customized just for you! (And actually, this is where our best work happens.)
Ask us about:

We couldn’t possibly fit all our trips, options and ideas on the website, so for a personalized deep-dive into our archives, get in touch here!

customise my tour
We escaped the madness and got into the mountains!

Illuminated snaps from our guest/ friend Corinna a

They got big air in very thin air! Spectacular sho

Happy Birthday Raj! Raj is the powerhouse behind t

These guests weren’t up for trekking but wanted

Awe man, this adventure is happening Now! Our gues

Exploring Phaplu and Junbesi in the summertime wit

Who’s the mystery man contemplating the view in

Not many other souls in sight while revisiting the

close
Start typing to see products you are looking for.
Scroll To Top